Are you curious about how Mojave Max and his friends survive in the arid desert environment? A world of fascinating information about desert animals and their habitats awaits you at your library or bookstore! We have a variety of books available at the Springs Preserve gift shop near Mojave Max’s habitat!

Here are some of our favorites for all ages. For your convenience, we have put Amazon links for each book so you can read reviews or purchase the book. 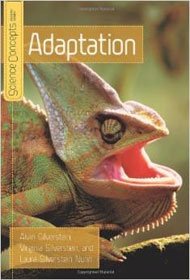 There are creatures living in almost every part of the world, from the hot, rainy tropics to the icy polar caps, and from the dry desert to the depths of the ocean. No matter where they live on Earth, all living things seem to be perfectly suited to their environment. Scientists say that these adaptations did not happen overnight. They are the result of a long process of gradual changes over many generations. Well-known science writers, Alvin and Virginia Silverstein and Laura Silverstein-Nunn, explain Darwin’s theory of evolution, unique adaptations of humans and other animals, and what the latest research reveals. Beautifully illustrated in glossy full color throughout. 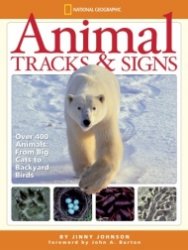 When the wilderness calls—or even just the back yard—young nature lovers need a helpful guide to set them on the right track.

Now kids can learn about their favorite animals—from cheetahs to snakes—in a whole new way: from the signs they leave behind. What does a row of tracks signify? What can we tell from an accumulation of twigs left behind in the crook of a tree? What are those squiggly marks in the sand? Animal Tracks and Signs gives young readers the knowledge and expertise to interpret these mysteries.

This beautifully illustrated volume is a species-by-species guide to the clues left behind by over 400 animals on Planet Earth. The inviting text helps readers identify what to look for when tracking animals (or imagining tracking them) in the wild or in the back yard: tracks and footprints; feeding signs; droppings and pellets; animal dens, nests, and hiding places; and other specific signs of animal behavior. The author also shares expert advice on how to observe animals in the wild anywhere in the world. Life-size illustrations of footprints (and droppings!) bring the wild alive on the page. Stunning wildlife photography and clear diagrams make this a visually powerful book sure to capture the imagination of every young reader. 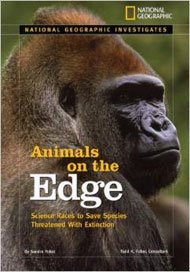 Animals on the Edge

Animals on the Edge aligns young readers with scientists, conservationists, and educators who are committed to the preservation of animals around the world.

The informed and educational narrative examines numerous threats to animals in the wild, raising awareness of each species, and detailing the extent and urgency of the problem. The book also encourages young animal lovers to take an active role in the preservation of creatures great and small.

The author offers a hopeful message for the future with inspiring stories of animals that are now off the “endangered species” list. Animals on the Edge provides a full update on the scientific efforts to save endangered species in the 21st century. This compelling title will inspire readers to participate in the race to save those species currently threatened with extinction. 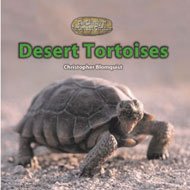 They survive in America’s hottest places without breaking a sweat. How do these little diggers do it? This book reveals the sandy, slow-moving world of Desert Tortoises, the microhabitats they create, and the behavior patterns and body adaptations that have kept them alive in the desert for more than one million years. Get kids excited about hibernation, estivation (a period of summer hibernation), and turtle conservation with an up-close look at the peaceful Desert Tortoise. 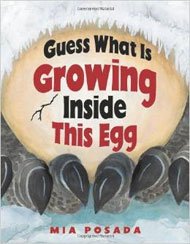 Guess What Is Growing Inside This Egg

Gives facts about the many ways animals care for their eggs and young. 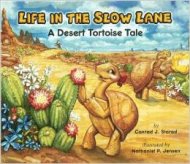 Life in the Slow Lane; A Desert Tortoise Tale

In delightful rhymed verse, Conrad J. Storad tells the story of the Tortoise and explains how it has adapted to survive. 2007 Glyph Award – Best Cover Design Children’s Book. 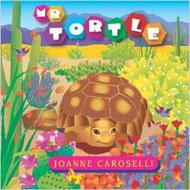 In this 32-page picture book, colorful illustrations on every page help tell the story of a restless Desert Tortoise who learns to appreciate his peaceful life in the desert after having his big adventure. An educational section in back of the book give Tortoise scientific facts and other information about Tortoises, including why they’ve become an endangered species. 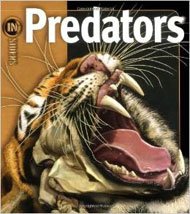 Insiders brings predators to life, with the most up-to-date information and state-of-the-art 3-D illustrations that practically leap off every page, stimulating minds and imaginations in a whole new way. 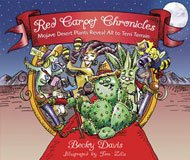 Celebrity host Terri Terrain takes young readers to a red carpet gala where she gets the scoop from the stars of the desert.

These colorful plant characters reveal their secrets for thriving beautifully in the hot, dry climate of our southwestern landscape.

Kids will learn about native plants and trees in a fun way. Facts like: How do desert plants store water to survive many months of no rain? What plant can be used to treat burns and bug bites? Which unique bush looks dead during drought times—but comes quickly back to life and bloom as soon as it rains?

Kids will enjoy getting to know our beloved stars of the desert as they share their moments in the spotlight. 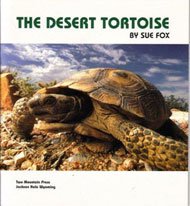 This book covers natural and ecologic backgrounds of the Desert Tortoise of the southwest United States. Color photos illustrate each page and there is a glossary of terms in the back. 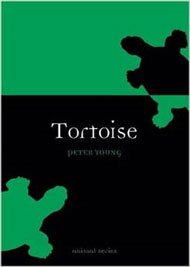 Tortoise is the first cultural history of these long-lived and intriguing creatures, which have existed for more than 200 million years. The book covers Tortoises worldwide, in evolution, myth and reality, ranging across paleontology, natural history, myth, folklore, art forms, literature, veterinary medicine and trade regulations.

The Tortoise has been seen as an Atlas-like creature supporting the world, as the origin of music and as a philosophical paradox. Peter Young examines the Tortoise in all these guises, as well as a military tactical formation, its exploitation by mariners and others for food, as ornament (in tortoiseshell), as a motif in art, and in space research. He looks at the movement away from exploitation to conservation and even the uses of the Tortoise in advertising. As well as examples of species, illustrations from around the world include monuments, sculptures, coins, stamps, objets d’art, drawings, cartoons, advertisements and X-rays.

The book will appeal not only to Tortoise lovers but also to readers of cultural histories around the world.

“Peter Young’s Tortoise, on the other claw, can be warmly recommended.”—Jonathan Bate, The Times 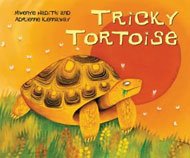 When Elephant trod on Tricky Tortoise for the 332nd time, Tortoise devised a cunning plan to teach Elephant a lesson. This is the story of how Tricky Tortoise proves that brains are often better than strength or size. Illustrated by Adrienne Kennaway. 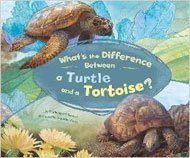 What’s the Difference Between a Turtle and a Tortoise?

One animal has a lightweight shell. The other animal’s shell is heavy. Do you know other differences between a turtle and a Tortoise? 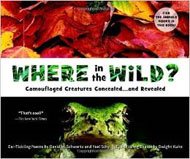 Where in the Wild?: Camouflaged Creatures Concealed… and Revealed

Ten creatures await, camouflaged in artful, full-page photographs, while playful poems offer clues about each animal’s identity and whereabouts. Think you’ve spotted one? Lift one of ten gatefolds to find out. A full page of fascinating information accompanies each animal so readers can learn how nature’s camouflage serves hunter and hunted alike. Why do fawns have spots during their first year of life? How did killdeer birds get their name? What makes a crab spider so good at ambushing its prey?

Brought to you by the Clark County Desert Conservation Program and its partners. 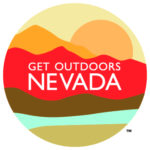 The Mojave Max Emergence Contest is currently closed and will reopen in the fall of 2022. To enter the contest, think about the month, day, hour and minute you think Mojave Max will emerge from his burrow in the spring, and then enter your best guess on the Mojave Max website once the contest is open. Opening of the emergence contest is announced on this website, and on Mojave Max’s social media.